When it comes to The Fairly OddParents, only a few want to believe in the existence of fairy godparents. However, there is one anime hero who would believe it. Yes, if Naruto got a chance to join the cartoon, the ninja would be all for Cosmo and Wanda.

So, it is rather fitting that the creator of The Fairly OddParents just drew up his own mash-up.

Taking to Twitter, Butch Hartman had fans rolling when he shared a drawing of Naruto. The mash-up, which can be seen below, shows the young ninja crouching down with a familiar face next to him. Chester McBadbat is seen jumping next to Naruto with his braces on full display, and the blond boys look like they are ready to take out someone.

Fans are loving the new anime and cartoon mash-up, but they cannot say they are surprised by it. Over the last few weeks, Hartman has shared a slew of crossovers featuring Attack on Titan, Dragon Ball, JoJo’s Bizarre Adventure, One Punch Man, and more.

Earlier this year, Hartman even teamed up with Crunchyroll to give The Fairly OddParents a full-on anime makeover. The artist did an anime-style imagining of Timmy Turner and his fairy godparent comrades taking on Mr. Crocker. The fight paid homage to classic series like Dragon Ball, and Hartman told fans he took on the crossover because he is a big fan of the anime industry.

As for Naruto, the connection between the anime and The Fairly OddParents is made clear by Hartman himself. The artist captioned the picture “Naruto McBadbat”, so it looks like Chester just got himself one awesome step-brother. 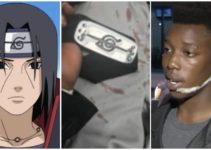 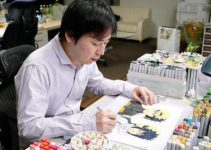 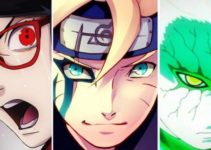