Masashi Kishimoto brought Naruto to an end sometime ago, but the franchise has yet to die down. The series lives on through Boruto: Naruto Next Generations, and Kishimoto is keeping a close eye on the sequel nowadays. So, it is no surprise to find the creator teasing fans about some new developments for Boruto.

Recently, Jump Festa went down in Tokyo, and the event drew in some of shonen’s biggest names. Franchises like Dragon Ball and My Hero Academia were thrust into the spotlight, and Naruto was no exception. During its panel, the franchise shared a letter penned by Kishimoto, and it was there the creator teased fans about what is to come in 2018.

At this year’s Jump Festa Kishimoto shared some very interesting things, and we got to hear a lot about Boruto, and Naruto as well. During this Jump Festa, the Naruto franchise read a letter by Kishimoto Sensei, and he had a lot to say about what’s to come in 2018 in Boruto.

“To everyone who came out to JUMP FESTA thank you for being here, even if it’s been cold lately. Truly, isn’t it pretty cold? But seriously, thank you so very much. I’m the original creator, Masashi Kishimoto. During 2017, I was deeply moved by Boruto. Not by just the manga, but also by the beginning of the TV anime. It was a year filled with many exchanges regarding the script with the staff,” the creator said.

“I’ve been involved in things from far in advance personally. As I had said regarding the Boruto movie, “I can’t make anything better than this work!”… It’s bad to try and impose your own limits upon yourself like that. I think that I will out-do myself depicting something like that in 2018. And then there will be the Naruto hollywood movie. I have a good feeling about the upcoming game too.”

The note went on to explain that Kishimoto is busy with a new manga title, but there are also things underway on Boruto which has piqued his interest.

“With Boruto and Naruto, I’ll be producing something even better bit by bit. So please look forward to them,” Kishimoto wrote. “In 2018, it’ll be Weekly Shonen Jump’s 50th anniversary, so it’ll be making new highs too from now on. I think that I’ll be able to contribute a little to it too…Of course, the boundaries of my new work are yet to be decided.”

When 2018 rings in, fans can expect plenty of new updates. Boruto’s anime will enter a brand-new arc as it begins moving towards the long-awaited ‘Chunin Exam’ arc. The manga will also continue as Konohamaru’s team stumbles across a plot which may upend all the peace Naruto once worked for. There is plenty of Kishimoto to oversee and even more announcements to share. 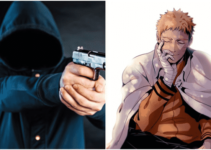 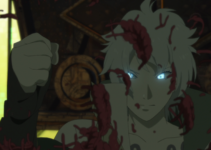